Robots could scoop up the remainder of jobs in agriculture over the next two decades, as machines become smarter, cheaper, and more efficient.

That’s according to a new report by Lux Research that reveals how robots and autonomous systems could take over and change the agriculture industry.

Robots have not been economically viable for a lot of farmers, and tests have shown most robots are less efficient than their human counterparts. On top of that, robots typically have one or two functions, compared to the large variety of tasks that humans are able to complete.

Lux argues that in the near future, we are going to see farming robots that are not only much cheaper than human labor, but capable of executing tasks with much more efficiency and accuracy. That could lead to higher crop yields for farmers and a workforce that doesn’t need to rest every few hours. 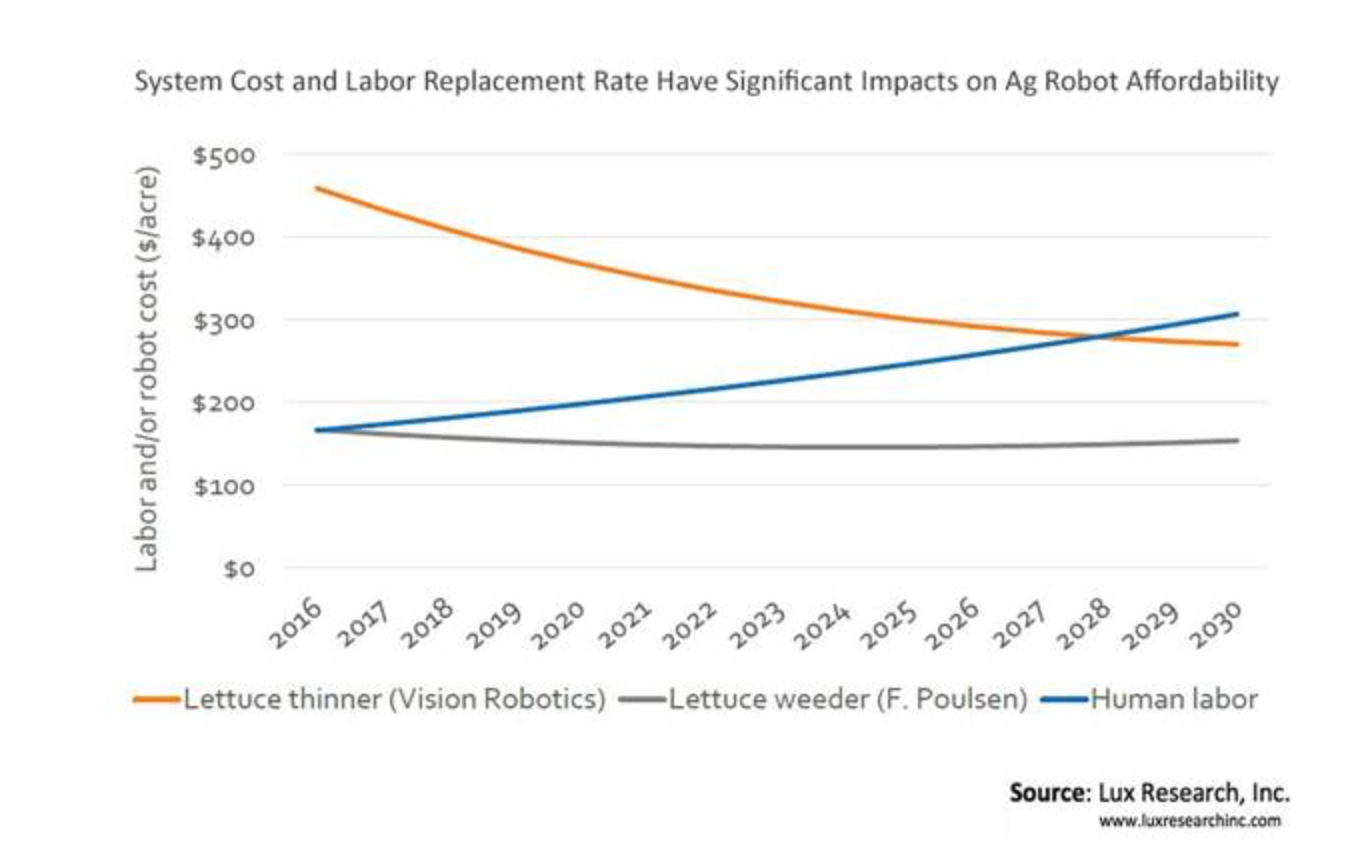 Other crops, like corn, are already seeing autonomous systems enter the workforce. An Autosteer system for tractors and harvesters has already reached 10 percent market penetration, and Lux predicts the cost factor will be negligible by 2020.

Lux also mentions that in Japan the average age of a strawberry picker is 70, and once the current generation of farm workers leave the workforce, farmers may be forced to move to an autonomous system.

What the report doesn’t suggest is that all human labor will be removed from agriculture. Instead, Lux suggests that humans will be used for other tasks, like maintenance and sorting, tasks that are not fit for robots currently.

Agriculture has become a much less important sector in most developed countries, contributing to less than five percent of the U.S. GDP. Employment in agriculture over the past fifty years has dropped from 30 to 4.2 percent, according to Momagri.

That said, it is still a major source of revenue and employment in Africa and Oceania, at 52 and 59 percent, respectively. Across all developing countries, agriculture accounts for 48 percent of all employment.

The invasion of robots in the agriculture market may force countries in Africa to quickly urbanize, similar to China’s urbanization period in the 1980s. While some may respond well to this, others countries may struggle to find new jobs for the millions entering the workforce due to a lack of rural employment.