E-commerce is challenging the retail environment in many ways from fitting rooms to customer relations. Then there’s the challenges before products even hit the store, as warehouses full of goods struggle are faced with the challenge of finding staff to find, pack and deliver orders.

Robots’ potential to improve productivity offers a solution for all of those challenges by working alongside human workers to pick and ship more products faster for less cost per pick.

One company that’s changing this is inVia Robotics. They’ve developed the world’s first “goods-to-box” robotics system, which was created to transform the fulfillment and material handling operations of e-commerce providers and warehouses. I spoke to CEO of inVia Robotics CEO Lior Elazary to learn more.  He explained:

“E-commerce is booming, but retailers are struggling to keep up with consumer demand, due to rising price pressures, increasing expectations for faster delivery and a shortage of warehouse labor. For decades, the man-to-goods model reigned supreme, but now with robots in the warehouse, goods can autonomously navigate across warehouses to be sent to their final destinations quickly and cheaply. Robotics is the next evolution of automation and unlocking its benefits will enable more businesses to stay competitive, which will positively impact the industry and economy.”

inVia have produced two robots. The GrabIt robot can lift items up to 30 pounds and up to 24 inches wide, ranging in size from a deck of cards to a 24-pack of soda. It can also reach up to eight feet and work for 10 hours on a single battery charge. Once a product is picked, a GrabIt robot can offload an item to its companion — inVia’s second robot, the TransIt — which can accumulate orders and zip them to an awaiting box to be shipped.

Included with the robots is a robotics management system that enables their customers to dynamically change their workflow in real time as well as minimize wait times, empowering businesses to change their processes on-the-fly. What is significant is that inVia have been able to respond to some of the challenges experienced by other workplace robotics operations. Elazary said:

“What’s really allowed us to do this is we’re not just a robotic arm on top of a device. The grip design really enables the device to really grab an array of things. That said, there’s still about 20% of the items in a typical warehouse that robots can’t pick like little screws and tiny cables so in those instances a worker can be notified to bring those items to the packing station. We’ve also created a system that is able to take single items- most customers really only had 1-3 products per item per order e.g. a shirt and a hammer rather than multiples. The other challenge was developing  a cost effective platform so that it was financially viable for warehouses to acquire robots. Advancements in AI and vision sensors have enabled us to utilise a very cost effective platform  and has enabled us to scale and grow very quickly.”

This also benefits the warehouse. “We’ve created a flexible system that puts you in more control of your warehouse. Start with one robot. Start with 10. Add robots, or pull back, based on seasonal demand,” Elazary said.

The company’s solution is available through a Robotics as a Service business model (RaaS)  that requires a minimal upfront investment, enabling more businesses to take advantage of robotics’ productivity gains. Customers pay monthly for each robot, which allows them to quickly scale up or down to meet seasonal or fluctuating demand. Perhaps one of inVia’s biggest points of difference is that their system can basically be employed in any factory without the need to redesign the physical environment by including different shelving or more assembly lines.  As Elazary shared:

“We wanted operations to be up and running very quickly so people don’t have to change their warehouses and redo everything. Historically most robotics companies will only work on completely empty warehouses. We can take the existing shelving and the flow that you have and just modify the directions of where things are flowing instead of  building a system that you have to invest millions of dollars in infrastructure to accommodate the robots. An additional benefit is that the rest of the operations are not disadvantaged if one robot is out of action as is the case if a assembly line was installed for the robots to use.” 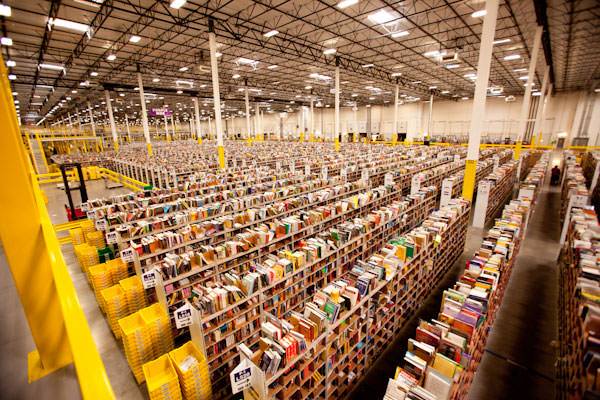 But are robotics taking human jobs?

I queried whether in this instance, robots were taking jobs from under or unemployed people. Elazary explained that in his discussions with a diverse number of warehouses, they actually experience significant labor shortages  both in peak and long term periods. For example, their customer LD Products, one of the largest printer and office supplies companies, has automated what used to be manual processes and helped it overcome labor shortages and seasonality while scaling as its business grows.

The warehouse environment is a challenging one for many, particularly as warehouses are often in remote locations where no one wants to live much less travel to. The converse is that robotics can actually make the lives of warehouse employees better. I’m sure I’m not the only person who read “The Life and Death of an Amazon Warehouse Temp” a few years ago with a sense of horror and sadness.

Elazary explained that where their robotics had been deployed  “workers give really good feedback because now they don’t have to do that job. Often people think of a warehouse as having a lot of people there but they usually don’t, it’s a very, very tight margin, usually very short staffed. Also being a picker is a grueling, physically demanding job. Some companies actually have raffles at the beginning of the day to make sure employees come in that day.”

There’s a lot of application for inVia’s system in other industries including agriculture, customer manufacturing and the general retail warehouse at supermarkets and department stores where the use of robots could “put the employees where they are supposed to be which is customer facing and really driving sales instead just doing the grunt labour or picking out the shoes, that can be done by the robot.”

inVia has created an impressive product, which may indeed bring about warehouse labor as we know it.